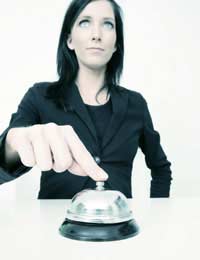 Retail is a sector that no matter how well your products and your company are perceived by customers, you are inevitably going to get the odd few complaints now and again. Some people are more naturally capable of dealing with customer complaints than others but if you understand a couple of basic important concepts about complaints, it can really help you when you come up against them.

Important Concepts To Understand About Complaints In Retail

When dealing with complaints in retail, the first thing to bear in mind is that the customer is generally unhappy with a specific product or service and a problem which has arisen about either of these things. In other words, they are not usually complaining about you so don’t take it personally. By accepting that fact, you’re far better placed to be able to focus upon the specific nature of the complaint and to resolve it in a rational and collected frame of mind as opposed to, perhaps, becoming embroiled in a war of words which is only likely to inflame the situation.

Another thing to remember about complaints is that they can help a company to identify areas of weakness which they need to improve upon. It’s true that for every person that complains, there may be hundreds that have had the same or a similar issue but who have not bothered to make a complaint. Therefore, there isn’t an opportunity for the company to rectify a particular problem as it hasn’t, as yet, been identified. However, for all those who have walked away without complaining, you can be certain that they will tell at least one person about their experience which will usually result in the person being told not to shop at your retail store either. Therefore, you should see complaints as an opportunity to put things right.

If you are faced with a customer complaint, it’s important that you remain silent and listen carefully to the customer’s grievance. It’s always helpful if you can empathise with the problem yourself. Once you’ve heard what their problem is, it’s a good idea to say something like, “I apologise and can fully understand why you’re unhappy about that. I would be too. However, I’m going to try to put things right for you.” In doing so, you’ve not only told the customer that you’re going to try to resolve matters, you’ve also apologised and acknowledged their complaint and empathised with them which will, usually, be enough to stop things escalating which would only make matters worse.

What you need to do next is to tell the customer how you’re going to rectify the matter and then put that into action. For example, it may be faulty or damaged goods they are returning where you’ll apologise and then get them a replacement or issue a refund. Sometimes if an issue cannot be resolved straight away, you need to follow the above approach but then try to give the customer a firm date by which you intend to make things right. Always take responsibility for the complaint. In other words, don’t say to the customer, “I wasn’t working that day”, as a response to a complaint. They don’t want to hear that. They simply want you, as the face of the company as far as they are concerned, to take on the responsibility of putting things right whether that's a refund or replacement or some other grievance

If a customer has a complaint, your company will usually have some kind of compensation scheme in place to help appease the customer and to maintain the company’s reputation. It’s important to find out what the compensation policy is and stick to it. Don’t promise customers things you cannot deliver on. This will only make matters worse.

Whether customers get angry or not, most of them are quite philosophical that mistakes and problems can occur from time to time in the retail sector, once the dust settles, and they’ve been satisfied with the resolution. Therefore, the ultimate aim is to rectify the complaint to the customer’s satisfaction as much as that’s possible and then learn from it. In effect, what you should be trying to do is to leave the customer feeling as though you dealt with the problem professionally in order that they will visit your retail store again.

How to Read Behind the OTE (on target earnings)

All About Sales Related Pay